Treasurer Curtis Loftis is being commended by a community member again, this time for fighting to show legislators that the problems facing the South Carolina pension fund need to be addressed. 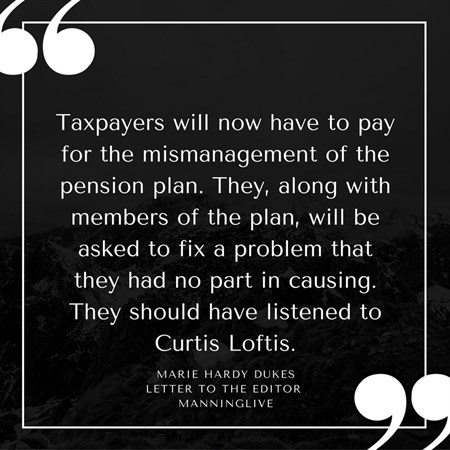 One community member from Turbeville wrote about it in a letter to the editor of Manning Live.

The letter says in part "When he took office, Treasurer Curtis Loftis found that so much money was being wasted by paying outrageous fees to people on Wall Street and that other parts of the system were poorly managed. What Treasurer Loftis uncovered made some politicians nervous because they don’t want to be held responsible for creating this mess. But they did."

Treasurer Loftis thinks it's great people are paying attention to the problems now. "I'm grateful for the acknowledgement of my work, but really I just want the problem to be addressed," said Treasurer Loftis. "It has gone on for too long with lawmakers turning a blind eye. I want the people who are part of the pension system to know that they will have a pension fund that works when they retire."

The letter went on to say "Taxpayers will now have to pay for the mismanagement of the pension plan. They, along with members of the plan, will be asked to fix a problem that they had no part in causing. They should have listened to Curtis Loftis."

The letter was written by Marie Hardy Dukes.

See the full letter: Letter: Truth is coming out on state pension plan