Home / About Us / Newsroom / Multigenerational Saving: How the Trend of Families ‘Getting Into the Act’ is Changing the Way We Save for College

Multigenerational Saving: How the Trend of Families ‘Getting Into the Act’ is Changing the Way We Save for College

When Jack and Pat Stewart opened their first 529 college savings plan more than 20 years ago, they didn’t know they would someday be part of a growing national trend – they just thought they were helping their first grandchild save for college.

“We wanted to make sure they all had a chance to go,” said Jack Stewart, as he named off all 12 of his grandchildren. Even though the couple, now in their 80s, both earned college degrees later in life, neither could afford higher education when they were first started out. 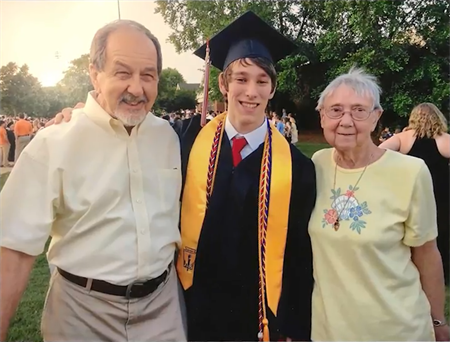 “Because it took us an awful long time to get our own college degrees and know how difficult that could be, we thought our children and their children ought to have the opportunity to go as soon as they were out of high school if they wanted,” he said.

While it may sound unusual that the Stewarts helped all 12 – yes, count them, 12 – of their grandchildren establish college funds, the couple is actually part of a growing demographic of extended family members who have pitched in to help younger relatives realize their college dreams.

Increased Cost of Higher Education May Be Driving Trend

While there isn’t a lot of hard data to explain why the trend is happening, financial experts say it is clear that family members such as grandparents, aunts, uncles and even godparents or close family friends, are jumping into the act.

In fact, 72% of grandparents who participated in a 2014 Fidelity study think it’s important to help pay for their grandchildren’s college, and more than half (53%) are currently contributing or are planning to contribute.1

The skyrocketing cost of a four-year degree may, in large part, be driving the trend.

Here in South Carolina, the average cost of tuition (not including fees or living expenses) for the 2016-2017 school year was $7,896 for in-state residents and $17,568 for out-of-stateresidents.3

Among those who participated in the Fidelity survey, many said “tuition and fees are outrageous,” adding that they didn’t think it was teaching children a good lesson to acquire debt before they began their careers. 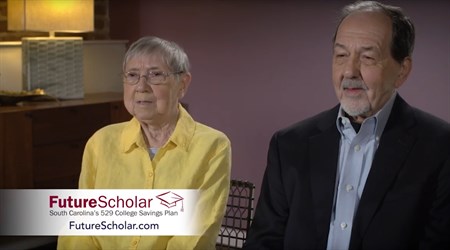 “It can be difficult, even crippling to overcome the burden of student loan debt and, unfortunately, if a new graduate has too much debt, it can impact their financial health for years to come,” Loftis said. “That’s why I believe teaching financial literacy at an early age is so important, and why parents need to begin saving for college as early as possible.”

The Stewarts also cited the rising cost of a college education as one of the motivating factors for helping with their grandchildren’s college savings.

“When we started saving for our children, we were poor. I mean seriously poor,” Jack Stewart said. “We thought we’d try to get scholarships, grants, whatever we could, and we contributed what we could of course, and our children pitched in by working, but back then a college education wasn’t nearly as expensive as it is now.”

As Treasurer Loftis added, once upon a time if a grandparent wanted to help with college all they had to do was tuck some cash into an envelope for a holiday or special occasion.

“But more often than not, that money sat in a drawer or a low-return savings account where it didn’t grow or earn very much interest,” he said.

That may account for why many parents and grandparents today have discovered the benefits of opening a tax-advantaged college savings plan such as South Carolina’s Future Scholar 529 College Savings Plan.

“With Future Scholar, not only can the money you save grow into a robust college fund over time, but investors get a dollar-for-dollar tax deduction on any contributions they make to the plan on their South Carolina tax returns,” Loftis said.

Factor in the convenience of eGift – an online tool that makes it easy to invite friends or family members to contribute to a child’s fund on a special occasion – and parents have a powerful savings tool at their fingertips.

“Essentially, Future Scholar has leveled the playing field and made college more affordable for many families,” Loftis said.

Older Generations Recognize the Value of a College Education

The Stewarts eventually went on to earn their own college degrees when they were both in their 50s – he a degree in human resources management from Southern Wesleyan University and she a degree in business from Furman.

As a result of that struggle, they know the value of higher education, and the importance of being able to pay for it when one is still young. That’s why passing down that philosophy to each of their children and their children’s children was something they said they took to heart and view opening a Future Scholar account for each of their grandchildren as their legacy. 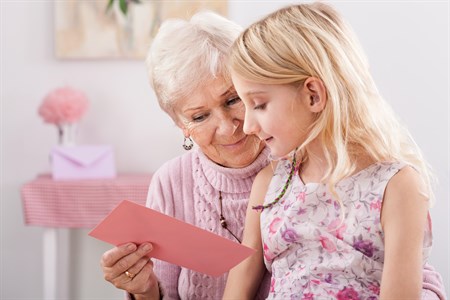 “That is how we think of it,” said Pat Stewart.

If the couple has any advice for other grandparents or parents trying to save, it’s to keep in mind that while the cost of a college education can seem like a lot of money on the face of it, you don’t have to come up with the full amount all at once.

“It does add up over time,” she said.

“And grandparents shouldn’t look at it as something that will affect their retirement,” Jack Stewart added. “It’s an investment, and the return can’t be measured.”

Give the Gift That Will Last a Lifetime

The holiday season is the perfect time to give the gift of higher education. For more information on Future Scholar or our gifting program, visit www.FutureScholar.com.

2 “What’s the Price Tag for a College Education,” Web. 2017. http://www.collegedata.com/cs/content/content_payarticle_tmpl.jhtml?articleId=10064