Today's #ThrowbackThursday honors Francis Lewis Cardozo, who was also the first African American to hold a statewide office in the United States. Cardozo was a clergyman, politician, and educator. He was born in Charleston, South Carolina. 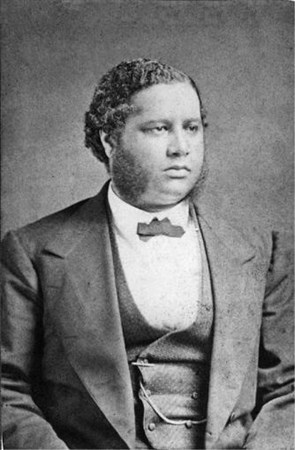 Born February 1, 1836, he was the son of Lydia Weston and Isaac Cardozo. After leaving school at the age of 12, he worked as an apprentice and journeyman carpenter.

In 1858 Cardozo traveled to Glasgow, Scotland to pursue a college education. After graduating, he moved to London and studied at several Presbyterian seminaries.

When Cardozo returned to the United States, he served as a minister in Connecticut until 1865 when he left the ministry and went to work for the American Missionary Association. The A.M.A. sent him home to Charleston where he founded Avery Institute.

Cardozo became active in the Republican Party and was a delegate to the South Carolina Constitutional Convention of 1868.

That same year, Cardozo was elected Secretary of State in South Carolina, making him the first African American to hold a statewide office in the United States.