Home / About Us / Newsroom / #TBT: The Cost of College

#TBT: The Cost of College

The rising cost of college is a major topic of discussion across the country.

Thirty years ago in 1986, the National Center for Education Statistics says college tuition per year for a 4-year education would have costed around $5,206.

Thirty years later, CollegeBoard says the cost of tuition to a 4-year public college costs around $9,410 for in-state students, and $23,890 for out of state students in 2016.

These numbers do not reflect the cost additional cost of housing, meal plans, or books and supplies for school. 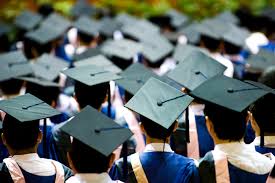 According to Time, worrying about the cost of college has been a national issue in the United States for a century.

Time says that John D. Rockerfeller Jr. explained it in 1927. If students couldn't afford it, "scholarships and student aid would need to be used with increasing liberality, and student loan funds provided on a large scale,” he declared. “For most students other than those who go into the ministry or teaching, a loan either with or without interest, with the first payment date possibly ten years after graduation, would meet the situation and not prove an undue burden.”

Created under section 529 of the Internal Revenue Code (IRC) and sponsored by individual states, 529 plans are tax-advantaged education savings vehicles held by an account owner for a designated beneficiary. Beginning in 2002, changes to the Internal Revenue Code have rendered these plans more attractive than many other savings vehicles in tax treatment of withdrawals used for qualified education expenses.

Future Scholar funds can be used to pay for tuition and qualified higher education expenses at eligible two and four-year public and private colleges, and graduate, professional and certain vocational programs.

The program is sponsored by the state of South Carolina and administered by the Office of the State Treasurer Curtis Loftis.