Treasurer Loftis identified a total of $193,697.38 of unclaimed property, with money being made available to 77 of the Palmetto State’s 81 districts during Thursday’s meeting of the S.C. Association of School Administrators in Columbia. 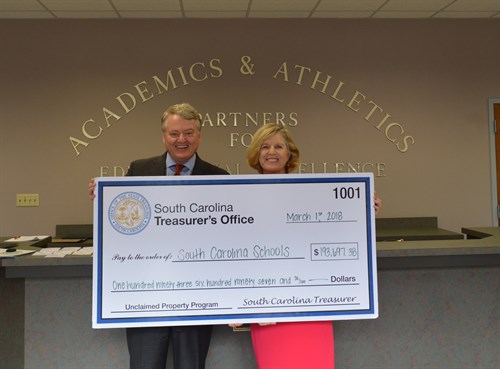 “Knowing the financial challenges these administrators face on a daily basis makes returning unclaimed property to our schools especially gratifying,” Treasurer Loftis said. “This money can make a meaningful impact for our students, and we want to reunite the school districts with funds that rightfully belong to them.”

Eleven school districts were identified as having more than $5,000 in unclaimed property, including four with more than $10,000, topped by Richland School District 2 at $36,354.

“Every dollar counts when it comes to providing better schools and brighter futures for South Carolina students. I appreciate Treasurer Loftis recognizing the importance of education and know that our schools and districts will put these funds to good use,” said S.C. Superintendent of Education Molly Spearman.

Some of the unclaimed funds dated back to the early 1970s or even earlier.

Currently the State Treasurer’s Office has more than $550 million in unclaimed property across the state. Millions of dollars are transferred to the program annually by companies unable to locate owners. Examples of the types of property covered by the program include dormant bank accounts, uncashed checks, unclaimed insurance proceeds and forgotten utility deposits. The State Treasurer’s Office serves as custodian of unclaimed funds and holds them until properly claimed. 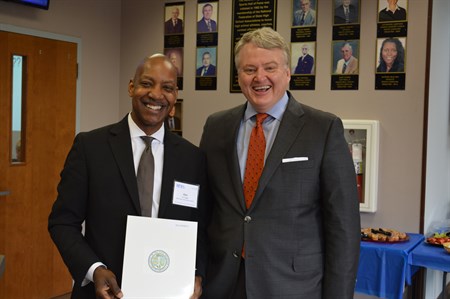