Columbia, SC - Treasurer Curtis Loftis, who has been pushing for SC pension fund reform for the last 4 years, is hopeful that the testimony of pension experts will push lawmakers to finally work towards fixing the system. 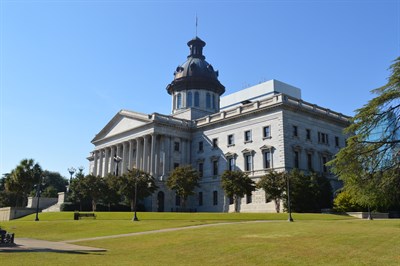 The most discussed topic at the meeting was the unfunded pension debt. The State reported the debt could be nearly twice as large as estimated, putting it at $40 billion.

Treasurer Curtis Loftis thinks the new attention to the pension problems is encouraging, but wants to remind the taxpayers and lawmakers that this is not a new problem.

"I'm very pleased that the experts who have testified validated my efforts of the last 4 years," said Treasurer Loftis. "Even though their testimony demonstrates the high cost of the mismanagement of the pension system, it's a good step forward that the problem is finally being discussed. Sadly, taxpayers and public employees have to pay for the errors of a few.​"

The State reported that a proposal to fix the state’s ailing pension system is expected in January.

Senator Kevin Bryant, a co-chairman of the committee said "We need to offer a solution that fixes the problem."

While Treasurer Loftis hopes the problem will be fixed, he is cautious of lawmakers' claims to fix it. "Senator Bryant's statement sounds eerily similar to what has been said in the past," Treasurer Loftis said. "We need to take the tough choices that will offer a permanent solution when it comes to the pension, and not just stick with the same rhetoric and political posturing we have seen over the past few years."

To see the full article visit: