It may not be as difficult as the talk about the birds and the bees, but many parents have at least some reluctance about discussing finances with their children.

State Treasurer Curtis Loftis believes there’s no time like the present to begin introducing children to the concept of money. 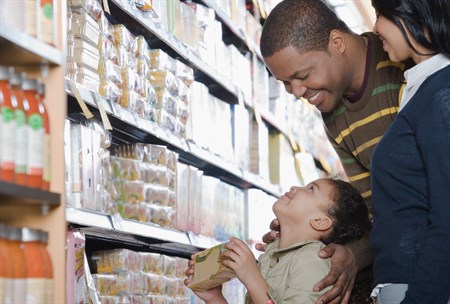 “When talking with youngsters about money it doesn’t have to be high-level stuff such as bonds and 401(k) plans,” Treasurer Loftis said. “Instead, involve your kids with price comparisons when you’re at the store or calculating a tip at a restaurant.

“The more they see how money touches their lives, the less mysterious it will seem, which will help them understand how it works,” he added.

Starting early, even when kids are in kindergarten, is important for laying a good financial literacy foundation, according to Jillian Harding of CBS MoneyWatch.

“For a younger child, introduce the concept of money, maybe with a piggy bank or explaining the value of bills and coins,” the publication noted.

“If you're at a grocery store, take a few minutes to explain your shopping list and budget, or why you're buying something on sale this week but may not next week as a way to show how to live within your means,” Harding added.

Gift cards can also help, as it provides children with an opportunity to learn about making smart spending decisions because the cards come with a finite spending amount.

Kids are naturally curious, so open the conversation by asking for money-related questions. It’s a way to keep children from feeling like they’re being lectured to.

“Unfortunately, too many individuals reach adulthood unprepared to step out on their own financially,” Treasurer Loftis said. “In order to make the best use of your money, you’ve got to understand credit, interest and how to comparison shop. Money may not grow on trees, but a good financial education can certainly bear fruit.”

Read the full article: Smart money lessons for kids that can last a lifetime