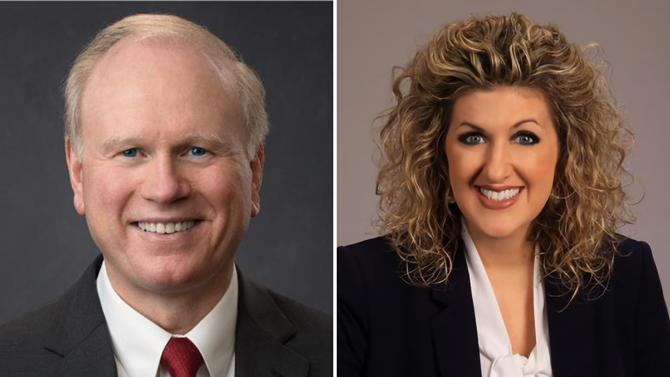 State Treasurer Curtis Loftis welcomes two new appointees to the State Board of Financial Institutions. Thomas Bouchette and Jenny Michaels were confirmed by the Senate in May to serve four-year terms on the state board. Their first official meeting as board members will be on Wednesday, August 4, 2021, in Columbia.

The Senate also confirmed Wayne Wicker, Chairman and CEO of South Atlantic Bank, for a four-year term. Wicker first joined the board in 2018 when he was selected to fill an unexpired vacancy.

Bouchette serves as the President and Chief Operating Officer for The Citizens Bank in Florence, a role he assumed in 2019 after serving as Executive Vice President (EVP) and Chief Banking Officer since 2015. During his 35-year career in banking, he has risen from a lending officer with Pee Dee Farm Credit Bank, to various roles with SCN/Wachovia and The Citizens Bank where he was EVP and Chief Credit Officer from 1997-1999.

In 2000, Bouchette led the creation of SunBank and Sun Bancshares in Murrells Inlet, where he served as President/CEO and Director until 2005, when the bank was sold to SCBT. He then became Regional President and EVP for SCBT from 2005 to 2010 and South Carolina President and EVP for BNC Bank from 2010 to 2015.

Michaels is the Senior Vice President/Chief Administrative Officer for SAFE Federal Credit Union in Sumter. A graduate of the University of Nebraska and the Washburn University School of Law, Michaels was previously an attorney with law firms in Kansas and Missouri before serving as General Counsel to Park Community Credit Union in Louisville, Kentucky.

“We welcome Tommy and Jenny to the board and look forward to their insights as we continue to monitor and support the state’s financial services industry,” said State Treasurer Curtis Loftis, who serves as chairman of the State Board of Financial Institutions. “Representing the mortgage lending and credit union sectors respectively, they bring a fresh perspective that will benefit the board’s ongoing work.”

At the May board meeting, Treasurer Loftis thanked outgoing members Scott Conley, CEO of Mid-Carolina Credit Union, and John Windley, retired CEO of South State Bank, for their service on the board. Appointed in 2010, Conley most recently served as Chair Pro Tempore of the board, and Windley served on the board for three years.

For more information on the State Board of Financial of Institutions, please visit bofi.sc.gov.